Figuring Out What You’ll Get from Medicare This Year

“The maze of government rules can create unexpected outcomes. That’s certainly the case for 2018 Medicare premiums.” 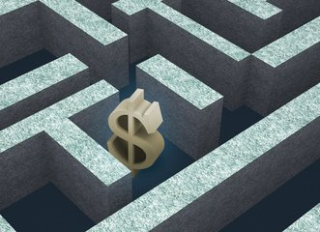 The standard Part B premium remains $134 a month, but many beneficiaries will pay more for Part B. As Kiplinger’s recent article, “Medicare Part B Premiums Rise for Some,” explains, this is because of the hold-harmless provision.

In 2017, this clause had a positive effect for most beneficiaries. For those whose Medicare premiums are automatically deducted from Social Security, the rule restricts premiums from going up more than the amount added to benefits by the annual cost-of-living adjustment. In years when there’s no Social Security COLA or a small COLA, like last year’s 0.3%, Medicare premiums are restricted. Although the standard Part B premium for 2017 was $134 a month, the miniscule COLA resulted in many people continuing to pay $109 a month.

However, inflation in 2017 meant that there was a 2% COLA for 2018. Although that might not look like much, for about 42% of beneficiaries, it’s enough to allow Medicare premiums to rise to $134. The hold-harmless clause will continue to impact 28% of beneficiaries in 2018. For folks with lower Social Security benefit amounts, the 2% COLA isn’t enough to get their Part B premiums up to $134, so they’ll pay less than the standard amount.

Those who aren’t held harmless, like people who don’t deduct their Medicare premiums from their Social Security benefits or new Medicare enrollees, will pay the standard $134 a month.

High incomers aren’t protected by the hold-harmless rule. They’ll pay premiums much higher than the standard amount, up to about $429—just for Part B. They also face a surcharge as high as about $75 a month on Part D premiums. The surcharges for Parts B and D start when adjusted gross income plus tax-exempt interest is more than $85,000 if single or $170,000 for married couples filing jointly.

While the premium surcharge amounts for Part B remain static in 2018 (and are slightly lower for Part D), the income thresholds in the three highest tiers decrease. This means some high incomers will pay more.

If you’re looking at an income-related surcharge, see if you qualify for relief. The government decides who owes surcharges by examining tax returns from two years ago. Thus, 2018 surcharges are based on income reported on 2016 returns.

If your income has dropped because of a qualifying life-changing event, like the death of a spouse, divorce, or retirement, you can ask for relief. If granted, the government will use your income from a more recent tax year to determine if you must pay the surcharge.

Reference: Kiplinger (January 2018) “Medicare Part B Premiums Rise for Some”