“With wealth for millennials set to double in the next 20 years, it’s time to get over the awkwardness and have the conversation now.” 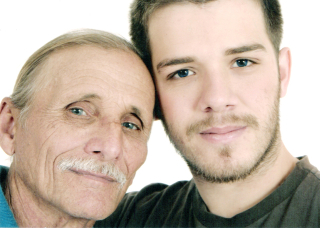 When is a good time to discuss your inheritance, taxes, property, and estate planning with your parents?How about never!  However, by the same token, screaming at your sister in a fight over Mom’s Hummel figurines isn’t a pleasant thought either.

No matter how you look at it, this conversation will be uncomfortable. This is because it’s based on one ominous certainty: that the people we love are going to die.

The Guardian’s article, “Discussing inheritance is too important to be left until someone has died”, reports that research from the Resolution Foundation showed that inheritable wealth for those currently aged 20-35 will double in the next 20 years—hitting an all-time peak in 2035.

However, the downside is that the average age at which most people will benefit is 61. The report also mentions that this huge transfer of wealth will further solidify societal inequality in our lifetimes.  People usually marry those of a similar financial background. More than 80% of millennials who already own their home have parents who are homeowners. Compare that to 50% of non-home owning millennials who have parents who don’t own their homes.

For many individuals, this information won’t make much difference. The report stipulated that about 33% will have no property wealth to inherit, and those who do will discover that it arrives much too late to solve life’s biggest financial burdens, like the kids and the home mortgage.

Even so, it’s wise to discuss inheritance with your family, while the older generation is still living. This will decrease the risk of post-funeral family battles and establish definition and clarity regarding the parent’s wishes and plans. Yes, it’s awkward, but it’s the smart move.

Finances are frequently a forbidden subject in families. Approaching the topic of inheritance in the wrong way can be seen as disrespectful and pushy at best. At its worst, it can ruin relationships.

However, research like that from the Resolution Foundation may help start important discussions about inheritance now, before it’s too late.

Reference: The Guardian (January 13, 2018) “Discussing inheritance is too important to be left until someone has died”