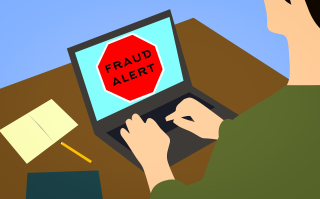 “An expert from the American Association of Retired Persons (AARP) Foundation noted that technology makes life much easier for scammers, as reported by USA Today.”

Some of the identity fraud campaigns included a common grandparent scam where seniors were contacted and informed that their grandchildren had been arrested and needed bail money. Other scams told seniors they’d won the lottery but needed to pay a large fee to get the winnings or that they owed back taxes to the IRS.

The Justice Department says that more than 1 million people collectively lost “hundreds of millions of dollars” through these scams.

While some identity fraud is conducted through traditional methods like the telephone, there are other ways of scamming the elderly. For instance, romance scams involve an attacker befriending a senior online and then asking for money to visit the U.S. or some other reason.

The phone-based scams can trap one senior at a time.  However, email and other online media streams let criminals tap into millions of potential victims at once.

The Federal Trade Commission (FTC)’s “Consumer Sentinel Network Data Book 2017” reported that identity fraud made up 14% of consumer complaints last year. That was second only to debt collection.

The FTC also showed that while scams against the elderly are a concern, younger citizens are equally at risk. Roughly 40% of millennials in their 20s said they lost money to fraud—compared to 18% of those over age 70. Nonetheless, seniors usually suffered higher median losses than other age groups, the report found.

In addition, while credit card scams involving new or existing accounts were among the major identity fraud issues highlighted in the FTC’s data, the report also referred to other modes of attack, including online shopping and payment account schemes, data theft via email and social media.