Better Think Twice About When to Claim Your Social Security Benefits

“Claiming Social Security is a life or death matter” 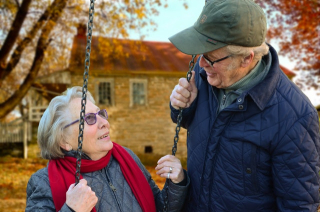 Take some extra time to consider claiming your Social Security benefits at age 62.

“Your life might depend on your decision,” MarketWatch notes in its article, “Why early retirement can be a killer.” This is because there’s a significant increase in mortality among men who retire at 62 and begin receiving Social Security, according to a new study that recently was distributed by the National Bureau of Economic Research.

The increase in the death rate is quite large, particularly among males who retire and claim Social Security at 62. The study found it to be by 20%. However, the data are inconclusive among females. The authors of the study believe there is a causal link. Evidence of such a link is from the period before it was even possible to claim Social Security as early as age 62. During that earlier period, the researchers found there was no abnormally high increase in mortality at age 62. Thus, the unexpectedly large increase in mortality at age 62, starts to occur in the historical record right when people could start claiming their Social Security benefits at that earlier age.

So why would taking early retirement lead to increased mortality? The research found unhealthy changes in life style that often go with retirement. For instance, there is other research that found male “retirees become sedentary, often watching more television.” But there appears to be no increase in sedentariness among females after retirement—perhaps a reason why there is a lower mortality rate among women who retire at age 62.

Also, unlike women, male retirees, in particular, also typically have fewer social interactions after they stop working, which other research has shown has a negative impact on health. There are also studies that found there to be an increase in tobacco and alcohol use after stopping work.

There’s no requirement you must stop working when you claim Social Security benefits at age 62; however, a third of those who do claim their benefits at that age do stop working.

Some will conclude from this research they should delay claiming Social Security for as long as they can. If they can’t, they should keep working—even if part time. This might be the right thing to do, if it keeps you from engaging in unhealthy behaviors.

However, these conclusions aren’t a given for everyone. Retirement could be a positive for your health. You may start exercising more and keep to a healthy diet.

The key isn’t retirement itself, but what you do in retirement.

Reference: MarketWatch (March 24, 2018) “Why early retirement can be a killer”