Home » Elder Care & Estate Planning Blog » What is the Top State for Retirement?

What is the Top State for Retirement? 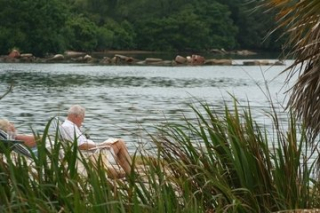 “How do you choose where to retire?”

People nearing or just beginning their retirement may have plenty of life experience under their belts, but many are enjoying at least one brand-new feeling: a sense of freedom. At 60, the majority of people shift from saying where they live is determined by their responsibilities—like family and work obligations—to saying they’re free to live wherever they’d like. That’s according to a survey by Merrill Lynch and Age Wave, a research firm focused on the aging population. Many retirees do actually relocate. A total of 64% have moved or anticipate moving in retirement.

Kiplinger says, in its article “The 20 Best States for Your Retirement,” that many factors come into play— such as proximity to family and weather preferences.  However, the article leaves personal preferences out; focusing on the financial angle.

All 50 states are ranked for retirement based on quantitative factors, determining that the best states for retirees will have low living costs and lesser tax burdens, and quality health care options. Kiplinger also sought out states that are healthy—both economically (with well-balanced state budgets) and physically (with a fit and active senior population). They also looked at states with relatively prosperous residents age 65 and over.

The rankings can be seen from the link to the article (above), but here are the factors that should be considered when making decisions on where to relocate: